A month ago, Bank of America – North Carolina’s largest employer – joined companies like Facebook and Paypal in condemning House Bill 2 (HB2) which is now widely known as the state’s “bathroom bill.” The bill eliminated anti-discrimination protections for LGBT people and in effect legislated that transgender people who cannot alter their birth certificate are barred from using restrooms that coincide with their gender identity. The bill also went further than most in prohibiting North Carolina cities from enacting their own anti-discrimination laws making it to many the most anti-LGBT in the nation.

The ethical impact is obvious and the state must fend off private lawsuits challenging the law. The business impact has been equally swift: Paypal canceled their Charlotte expansion, costing over 400 jobs. Deutsche Bank halted their own expansion in Cary, North Carolina. Time Warner Cable estimated that the bathroom bill lost the state $77 million of investments only a month after its passage. The long term economic effects will be greater, and worse.

Now, the state government must fight on another front – with the federal government. The US Department of Justice sued North Carolina and Governer Pat McCrory over HB2, arguing that it violate the Civil Rights Act, Title IX and the Violence Against Women Act. Moreover, the Obama administration has issue a directive to school districts – signed by the Departments of Justice and Education, respectively – affirming the federal government’s stance that transgender students are allowed to use the bathroom that coincides with their gender identity. Attorney General Loretta Lynch delivered a powerful address supporting the administration’s stance on transgender rights, stating that this was a time “to summon our national virtues of inclusivity, diversity, compassion and open-mindedness.” She added, “It was not so very long ago that states, including North Carolina, had other signs above restrooms, water fountains, and on public accommodations, keeping people out based on a distinction without a difference. We’ve moved beyond those dark days.”

While this directive doesn’t have the force of law, it holds the with it the force of the federal purse which partially funds state schools. A similar directive on the issue of sexual assault on campuses brought sweeping changes by American universities.

Instead of complying with the federal government interpretation of the law, the North Carolina government responded to the Justice Department’s lawsuit with one of their own, asserting that the Department’s position on the Civil Rights Act is “radical,” a “baseless and blatant overreach” that “bypasses the constitutional authority of Congress and our courts.” Their argument is a full-throated declaration that transgender individuals are not a ‘protected class’ under the Constitution and are not afforded federal protection based on their gender identity.

In time, that argument – like that against every other minority – will be discarded into the dustbin of history. But right here, right now, the battle against discrimination wages on. 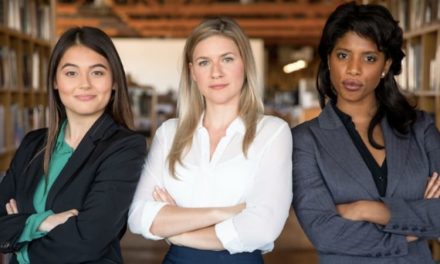 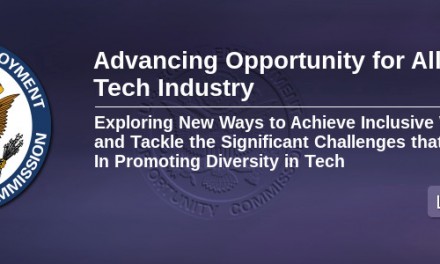 The Bay Area Has A New Black, Female CEO